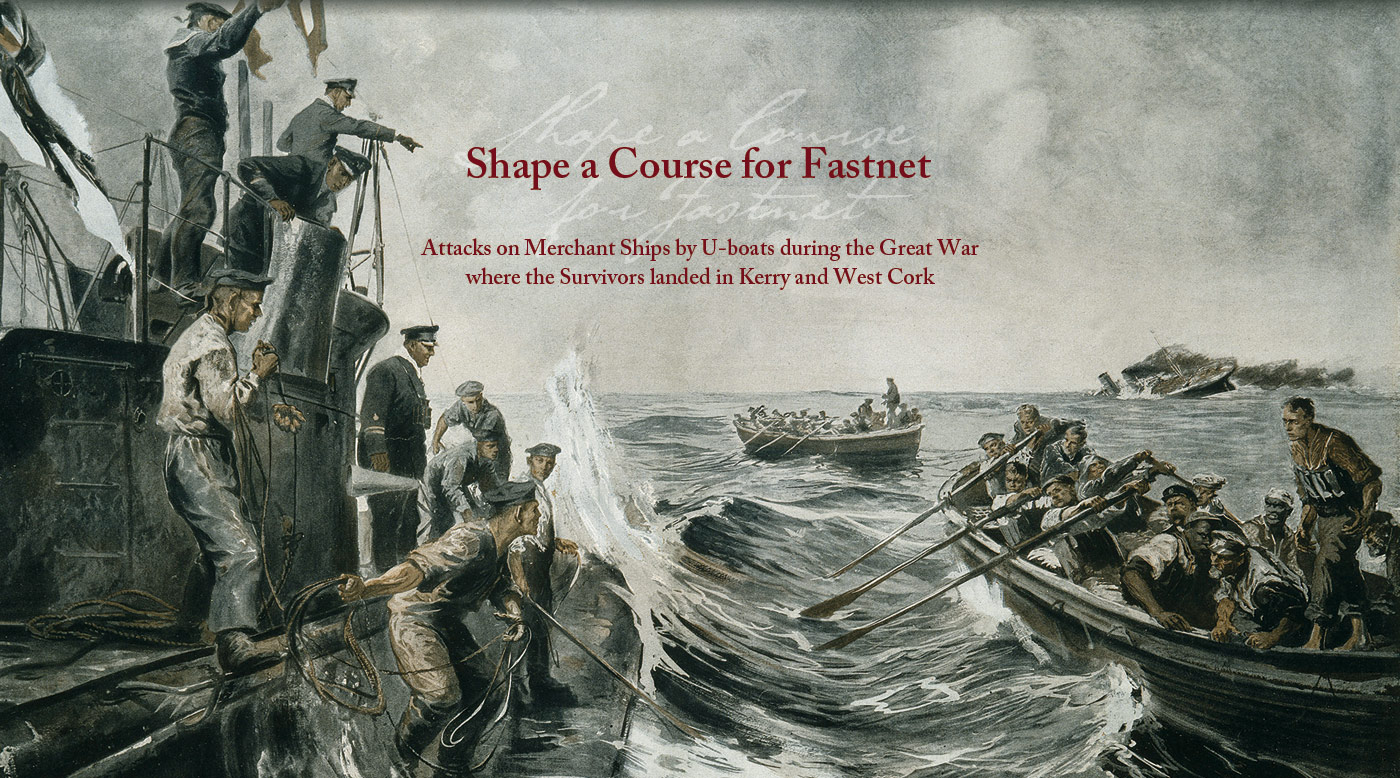 With the passage of time, Ireland’s involvement in the First World War faded from the nation’s consciousness. That collective amnesia regarding Ireland’s role in the Great War has, however, changed in recent years with the official recognition and honouring of Irish soldiers who fought and died in the War. This new awareness in the Republic of Ireland of the country’s First World War history does not, nonetheless, include what might rightly be called ‘Ireland’s forgotten war’ – the relentless four-year battle in Irish waters against the onslaught by Germany’s U-boats which, in early 1917, had brought Great Britain to her knees due to the critical shortages of imported food and materials. In Shape a Course for Fastnet: Attacks on Merchant Ships by U-boats during the Great War where the Survivors landed in Kerry and West Cork, G.L. King sheds light on aspects of this unremembered chapter of Irish maritime history.

The book is in two parts: Part One includes a summary of the main sequence of events of Germany’s U-boat campaigns, from the first proposals to use submarines against merchant shipping (Handelskrieg) in October 1914, up to the commencement of unrestricted U-boat warfare in February 1917.

Part Two consists of summaries of Admiralty records of ships which were attacked, and mostly sunk, and where the survivors, or part of the crew, landed at various places along the Kerry and West Cork coastline. The book also pays tribute to those merchant seamen of all nations who displayed courage and heroism in the face of extreme danger as they crewed their vessels through U-boat-infested waters to keep open the trade routes upon which Britain and Ireland’s very survival depended.

Accompanied by rarely seen images, Shape a Course for Fastnet presents the compelling, courageous and tragic maritime history of ships that were attacked in the South-Western Approaches during the 1914-1918 War. The meticulously researched and presented material adds immensely to our understanding of Ireland’s First World War history generally and, specifically, of its fascinating maritime history during that period. 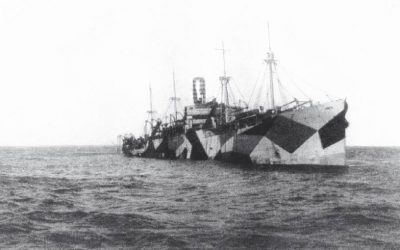 SS AusoniaThe 8,133 gross ton Ausonia of Liverpool was sunk by a torpedo and shellfire from the German submarine U-62, commanded by Kapitänleutnant Ernst Hashagen, on 30th May 1918, about 588 miles W by S¾S (true) of the Fastnet Rock Lighthouse in approximate position...

END_OF_DOCUMENT_TOKEN_TO_BE_REPLACED 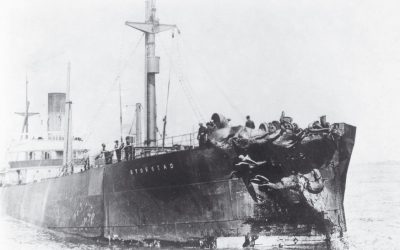 SS Storstad The 6,028 gross ton Storstad of Khristiania (Oslo) was sunk by torpedo and gunfire from the German submarine U-62, commanded by Kapitänleutnant Ernst Hashagen, on 8th March 1917, approximately 84 miles west from the Fastnet Rock Lighthouse in position Lat...

END_OF_DOCUMENT_TOKEN_TO_BE_REPLACED 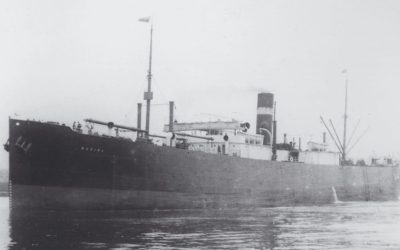 SS Marina The best-known event involving lightkeepers on the Skelligs in the First World War was their participation in the rescue of two boatloads of survivors from the 5,204 gross ton Marina of Glasgow which was torpedoed and sunk by the German submarine U-55,...

END_OF_DOCUMENT_TOKEN_TO_BE_REPLACED 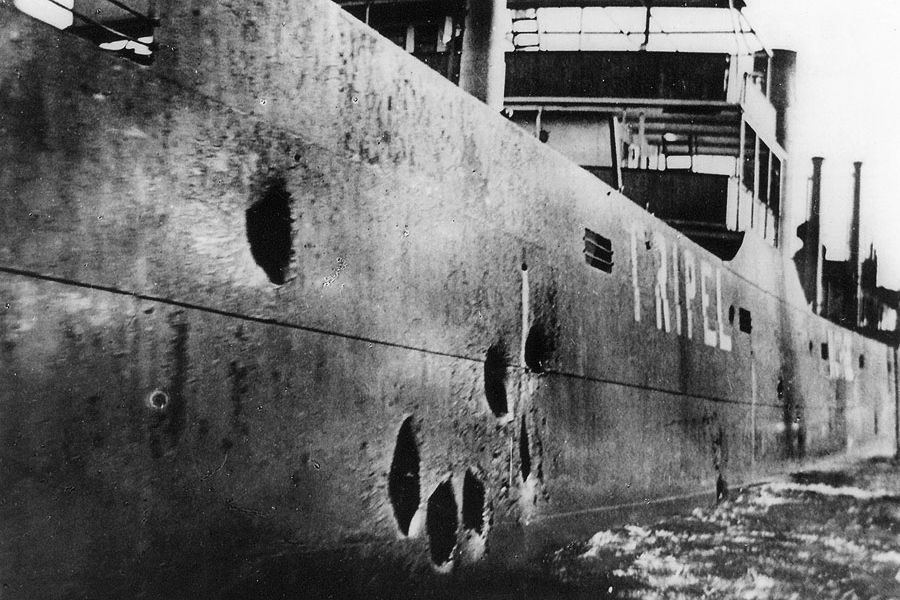 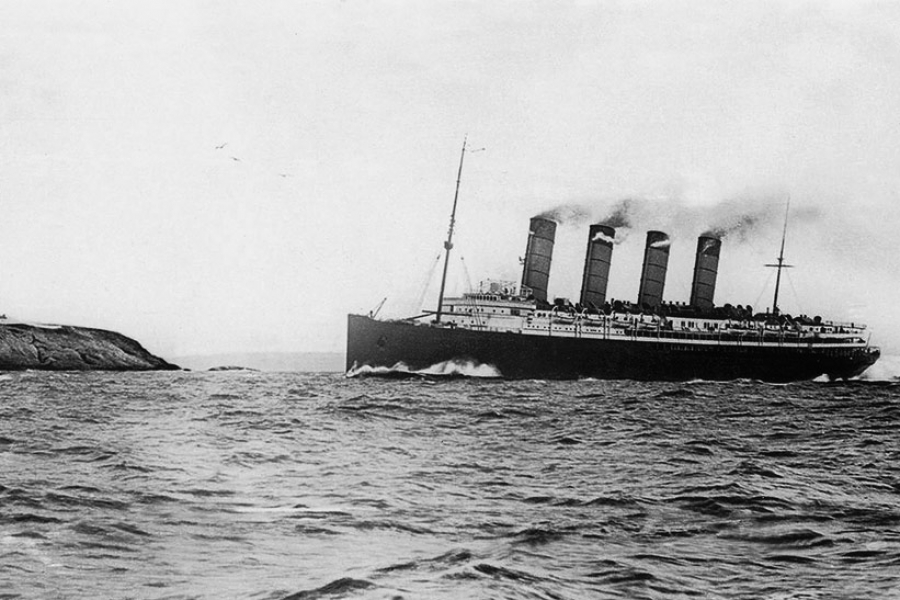 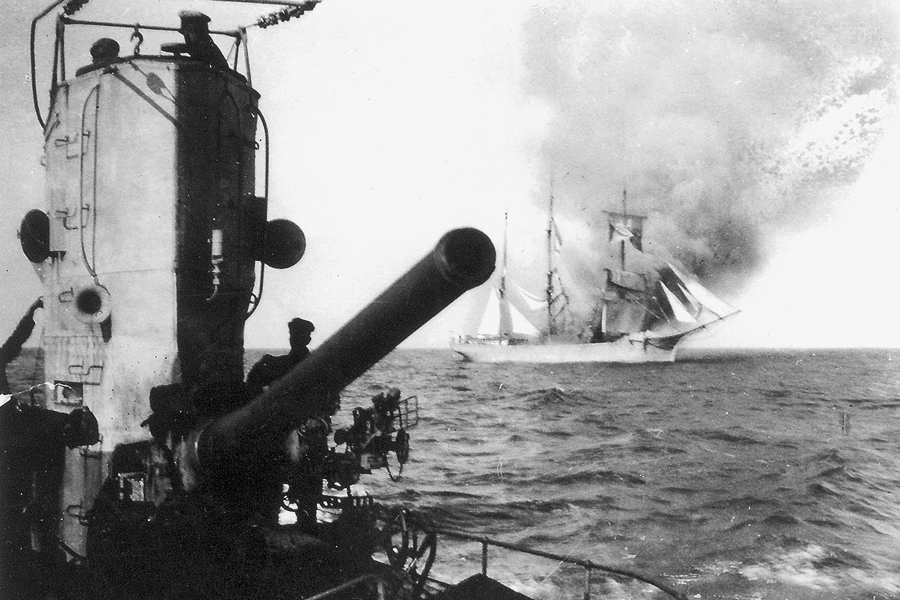 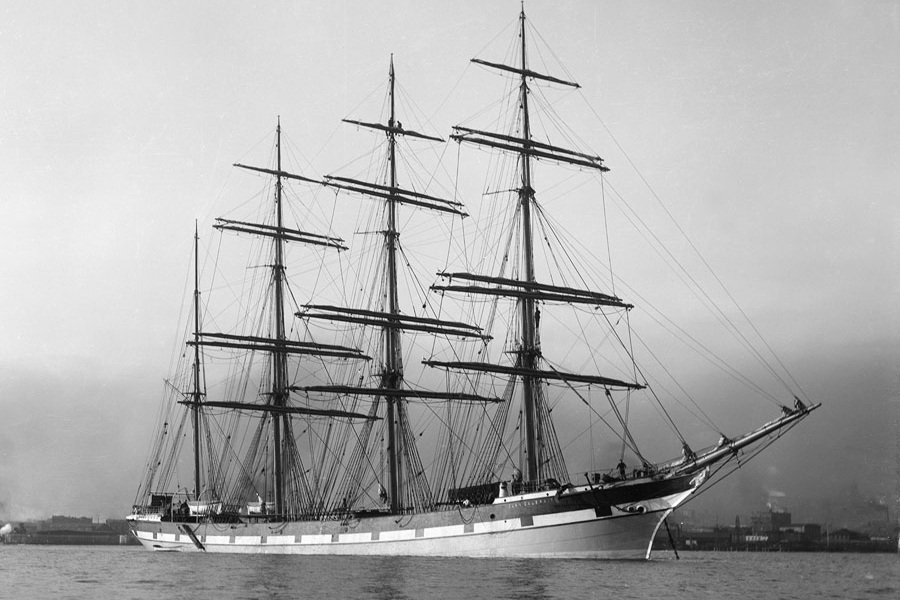 About the Author, G.L. King

G.L. King worked for many years in the field of marine conservation. He is the grandson of a light keeper whose family were boat contractors to the Slyne Head Lighthouses off the coast of County Galway from the start of their construction in 1832. The contract remained in the same family without interruption for almost 150 years, which made it one of the longest-running contracts on the coast. His mother was descended from the Walls and Doolittles, two old seafaring families from Wicklow Town who went to sea under sail for most of the 19th century and the first decades of the 20th century, by which time the great
age of sail had almost come to an end in Europe. He lives in County Wexford in Ireland.