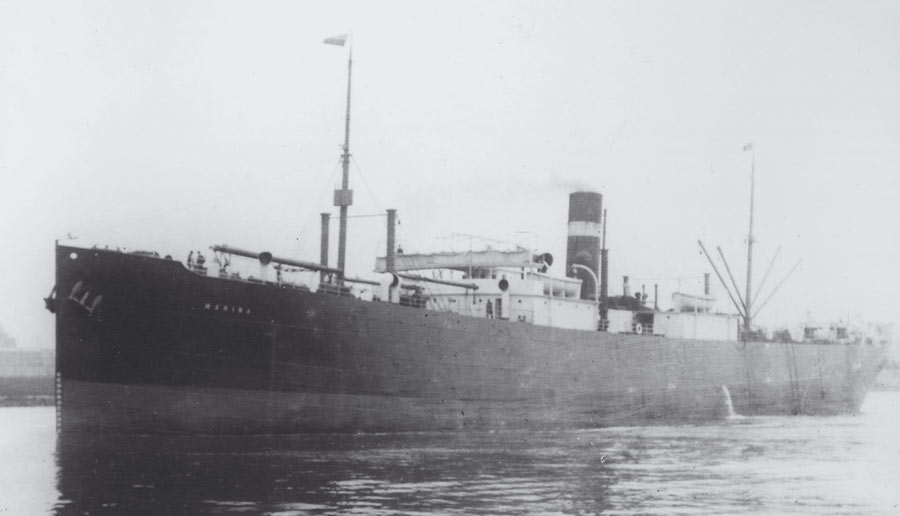 The best-known event involving lightkeepers on the Skelligs in the First World War was their participation in the rescue of two boatloads of survivors from the 5,204 gross ton Marina of Glasgow which was torpedoed and sunk by the German submarine U-55, commanded by Kapitänleutnant Wilhelm Werner, on 28th October 1916, approximately 30 miles west from the Fastnet Rock Lighthouse.

The Marina was proceeding at about nine knots when the first torpedo struck amidships on her port side without warning at 15.40 hours, dismantling the engine and causing the bunkers to collapse. The wireless apparatus was also smashed by the explosion so no distress signal could be sent out. The Master (Mr J.H. Brown) gave the order to muster at the lifeboat stations.

Between 12-15 minutes later, when four of the ship’s lifeboats had been lowered and were barely clear of the vessel, a second torpedo struck amidships on the port side resulting in the boilers exploding and the vessel breaking virtually in two. The Marina foundered within minutes with the bow and stern folding in towards one another high in the air.